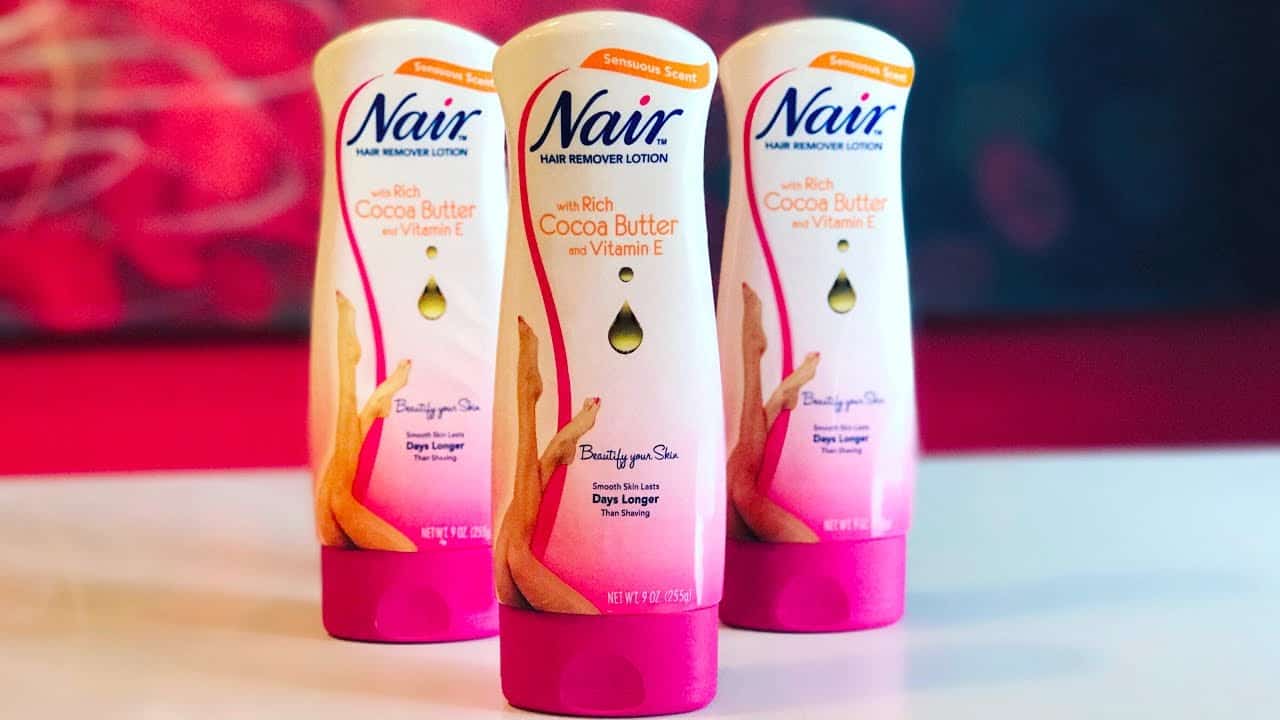 For any guy that’s used Nair before, you’re keenly aware of just how effective it is in removing hair.

Particularly for those looking for a perfectly bald head.

Because of that level of effectiveness, people have strongly considered putting Nair on a variety of other parts of their bodies. These areas can include a man’s arms, legs, chest, and sometimes even beard.

One of the more interesting areas people have considered putting Nair on is their balls. After all, if it can remove the hair on your head, chest, and arms, why not your balls?

While there are a lot of similarities shared between the hair on your head and your pubic hair, there are also some differences.

Not only that but there are also the two sensitive elephants in the room that may not take too kindly to being lathered in Nair so that they can come out “as smooth as eggshells.”

In this article, we’ll go over whether you can put Nair on your balls and, if so, whether it’ll work for removing your pubic hair.

Before going further, let’s briefly go over what Nair is and what’s it made of.

Nair is a hair removal cream that works by breaking down and weakening the keratin fibers in your hair. This weakening results in the hair easily falling apart without needing to be cut or shaved.

Nair cream is a depilatory, which means it won’t go past the surface layer of the skin. This means, for many, Nair is just a quicker method of a standard shave or cut.

Can It Be Used On My Balls?

This is an interesting question.

On the surface, the answer is actually, “Yes, it can.”

While pubic hair is somewhat different than the rest of the hair on your body, those differences aren’t so different as to prevent Nair from weakening the keratin fibers and making them easy to remove.

Put simply, you 100% can use Nair on your balls to remove your pubic hair.

The more important question is whether you should.

Nair, as a chemical has a pH level between 11 and 12.5. This high level of alkalinity is why Nair works so well.

Again, the whole point of it is to chemically burn your hair fibers to the point that you can easily wipe them away.

A good example would be chemotherapy.

Just as chemoradiation poisons the body with the expectation that the cancer cells will die out faster than the body’s living cells.

Nair works by creating a small chemical burn that is expected to harm the hair’s fibers before doing irreparable harm to the body’s skin.

This is why you feel the slight burning sensation when you put it on, and why you need to wash it off after you’ve waited the allotted amount of time.

Anyone who’s been hit on the arm or the top of the head knows that those areas are much less sensitive than your balls.

So, while you certainly can use Nair on your balls, it’s going to be a very unpleasant situation while having a high chance of causing some serious pain and discomfort along the way.