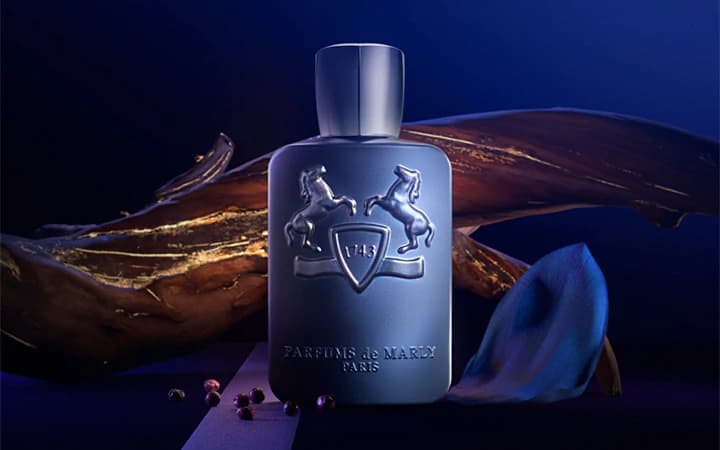 One of the major trends in fragrances is diversification, and that’s definitely the case when it comes to Layton vs Layton Exclusif.

Both were designed by the same man, Hamid Merati Kashani, and they’re both unisex-based, but beyond that, they have very different goals and uses in mind.

It’s important to know what they are to be able to effectively compare the two products, so let’s dive in, examine the ingredients and do a more thorough breakdown. 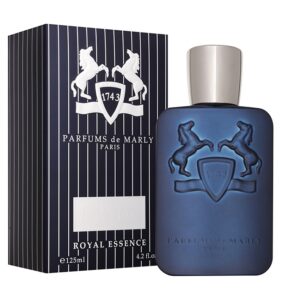 Simply put, Layton is a perfect example of how a niche fragrance brand goes about developing a basic scent that can appeal to a broad array of potential customers.

The key to Layton’s appeal is to use balanced scents and aromas that smell natural, with no hint of artificial ingredients.

The basic scent is a mixture of apple and bergamot along with a bit of vanilla, and it’s that hint of vanilla that helps set Layton off so well.

Since the goal is balance, Layton can be worn in a variety of settings, including the office, casual events, and social occasions where the goal of the fragrance is simplicity.

The Layton (Parfums de Marly) first came out in 2016 and has a couple of notes.

At the top, you have jasmine, violet, apple, and bergamot, and at the base, you have precious woods with caramelized coffee, vanilla, and pepper.

The Layton scent isn’t designed to be intense or haunting—the goal here is clearly versatility. Everyman pricing is also part of the program, with samples available for under $10.

If Layton is an everyman or everywoman scent, Exclusif is designed to take things to the next level.

Unlike Layton, this one has slightly different notes. Top notes include almond, mandarin orange, and bergamot. Base lots include oud vanilla, coffee, and sandalwood.

It’s a more complex reformulation than the original that will get noticed in a completely different way.

It’s all about elegance and dominance, and it’s not a lighter, carefree summer scent, either. It can be worn easily in the winter or on chillier days.

You could describe the Layton Exclusif as being dark, rough edgy dark, as one user describes it.

It may not have the freshness of the Layton or the violet-lavender-apple combo. Mostly what a lot of people are looking for. And exactly what puts plenty of people off.

No, it’s not confusing. If you’re a long-time user of fragrance, you would understand.

The list of the so-called heavier ingredients includes bergamot, cinnamon and lavender, but the apple notes that characterized Layton have been removed.

They’ve been replaced by ingredients like coffee, oud and civet, so the scent is darker and warmer.

It’s a rich, deep woody scent that some women find too overpowering, especially during the first hour or so of usage.

But the universal success of this more expensive scent is a testimony to how well it’s been accepted.

Layton Exclusif is also a very potent scent, so fewer sprays are necessary. That helps offset the price a little, but Exclusif is clearly in a different category in that regard as well.

The first step to choosing between both is almost exclusively smelling them. You’d lose out if you don’t. So, first, head on to the store and get a sample for both.

One thing that people have found is that the Exclusif is quite overwhelming, with some people describing the scent as thallium black.

The Layton Exclusif can be cloying because of the heavy presence of animalistic.

Truly, the smell kind of deviates from the original one so if you’re not an oriental guy and don’t like the heavy fragrance in the Exclusif, you may want to stick with Layton.

If you like a deeper and denser smell and don’t mind smelling strong that people look at you over their shoulders, then go for the Exclusif.

It’s generally agreed that the Layton is very appealing to a younger crowd while the Layton Exclusif is more exclusive, refined, and probably great for an older generation. Let me add another point.

Since Layton is less pricey, it’ll be a great option for those who are not yet independent or earning significantly enough to maintain regular purchases.

Layton is also great for casual wear, where you use it as a signature/daily scent. Then Exclusif for special occasions.

Does that mean you have to buy both? No, you don’t have to. It’s pretty easy.

If you have the Exclusif (and you’ve decided to only wear fragrance to special occasions), put it on and go out. But you wouldn’t use it on every occasion, especially not every day.

The same thing applies to Layton, you can decide to wear it daily. Fortunately, it’s not as powerful as Exclusif so you won’t have too many onlookers when you pass by.

As fine a product as Layton is, Layton Exclusif is clearly superior as a scent.

It’s designed to be worn for special occasions, with romantic ones definitely being on the list, and it’s a more complex, complete fragrance that’s gained a justifiable reputation as a head-turner.

However, there is no denying the fact that the Layton Exclusif is more expensive. So, if you’ll like to save some bucks when buying, you may want to consider Layton.

As for what I’d choose, I’ll be happy with the Layton. Most people here are too paranoid and sensitive for good or dark fragrances.

I’ve often got compliments on fragrances and perfumes I use. However, the stronger ones have turned quite a number of people off. So, I like it soft and fresh now.