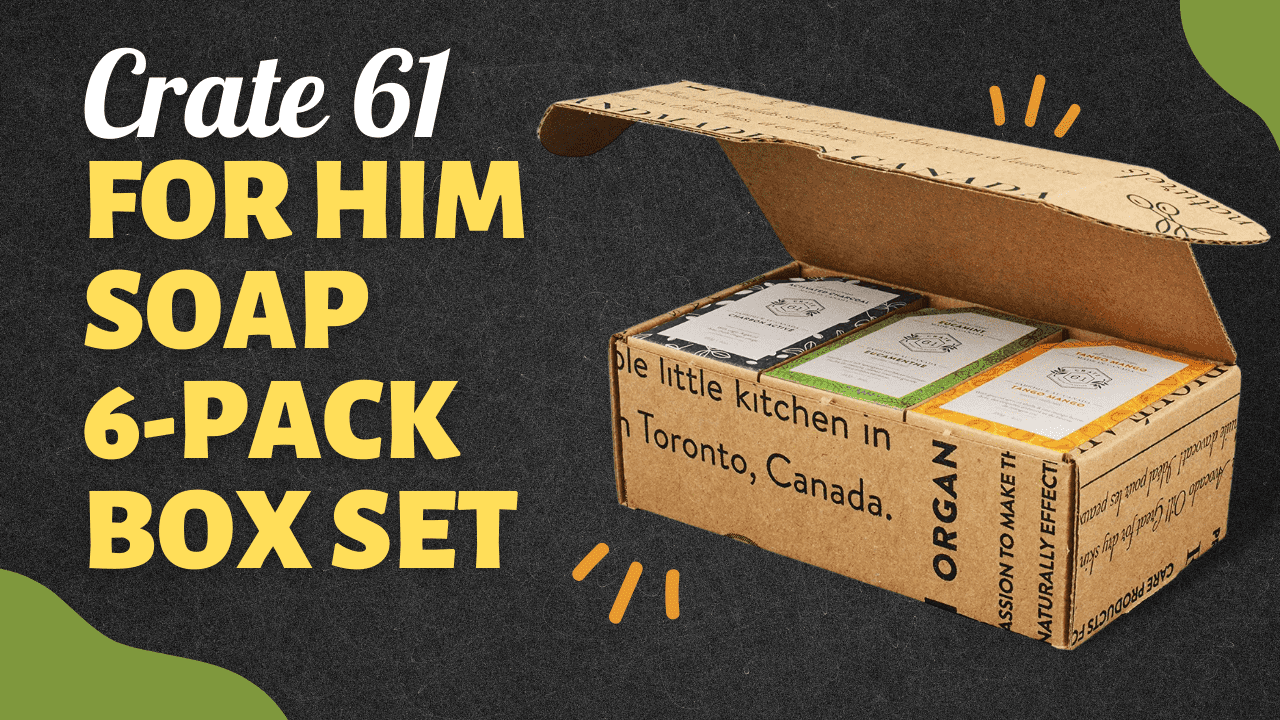 If there’s one thing the past couple of years have shown many of us, it’s that cleanliness really is important for our health.

And as evidence of this, we’ve seen a huge influx of high-end soaps making their way into the public conversation and only gaining more and more steam.

Two of these particular soap brands are Crate 61 and Dr. Squatch.

Both of these soap brands purport themselves as being healthier, safer, and more effective soap alternatives to the standard stuff you find at the grocery store.

In particular, these higher-end soaps claim that, because they refrain from many chemicals, they are inherently better.

And, while I certainly agree with that statement, I’m also curious as to which has the bigger claim as being better for you.

Interested in seeing how the two panned out against one another, I thought it would be interesting to compare the two brands to see how they ultimately stacked up against each other.

In this review, we’ll be taking a look at Crate 61’s vegan Coconut Soap and Dr. Squatch’s Coconut Castaway.

When it comes to overall size, while it’s a close one, the point squarely goes in favor of Dr. Squatch, with a soap bar that is 5 oz. compared to Crate 61’s 4 oz.

I will say that, while Dr. Squatch is technically larger, the size difference is so small that you can expect both to reasonably finish around the same amount of time.

Still, if you’re looking for which one is technically giving you more per bar, the answer is Dr. Squatch.

Ingredients (How Natural Is “All-Natural”?)

One thing you’ll notice in many of these high-end soap commercials is that they often present themselves as being “all-natural”.

But is that really the case?

Based on how you view ingredient lists, one simple method is to argue that, “whichever list is shorter is better,” which would technically mean that Crate 61 would win, as they only have five ingredients to Dr. Squatch’s 11.

I, however, don’t go by that. Instead, for me, I determine which is best based on the quality of the ingredients used, rather than how many of which are used.

In this case, both have strengths in their favor.

Crate 61 points out that they are entirely vegan, and only use oils and flavorings for their soap. They even use extra virgin olive oil as opposed to the standard olive oil that Dr. Squatch has listed.

On the other hand, while Dr. Squatch has more than twice as many ingredients, many of those ingredients are coconut-based.

What’s more, while they don’t flaunt it, their soap is just as much a vegan soap as 61’s.

The challenge comes with their inclusion of Titanium Dioxide.

While there is certainly a debate raging about how dangerous titanium dioxide is and how much is required to put yourself at risk, the fact of the matter is that it has been linked with lung cancer in rats.

To me, this instantly has me questioning much of Dr. Squatch’s marketing.

Price (Is The Soap Worth The Squeeze?)

Finally, and arguably the most important, let’s talk about price tags.

On the other hand, Dr. Squatch sells their bars at $7 each, with no bulk discount. This means that one bar is $7 and three is $21, more than twice Crate 61’s asking price.

Both have a monthly subscription option where they discount the price. For 61, they offer a 15% discount whereas Squatch saves you $1 per bar.

As with the previous section, Crate 61 wins on price alone.

Normally, while I’d consider the value for money discrepancy between the bars, Dr. Squatch is over twice as much while only providing a single ounce difference.

Final Verdict – Which One Is Better?

Without question, of the two, Crate 61 is the better of the two.

Dr. Squatch talks a really good game on being free of chemicals and only using natural ingredients, however, when push comes to shove, they are little better than any other company out there.

Are they a safer product than most cheap soaps you can find at the store?

However, they are also considerably more expensive, leveraging much of that off their impressive marketing campaign.

Crate 61 may not be as famous, but they seem to put their money into their product rather than in marketing.

While not quite as large, they have produced a bar of soap that has fewer ingredients, higher quality ingredients, and all at an affordable rate.