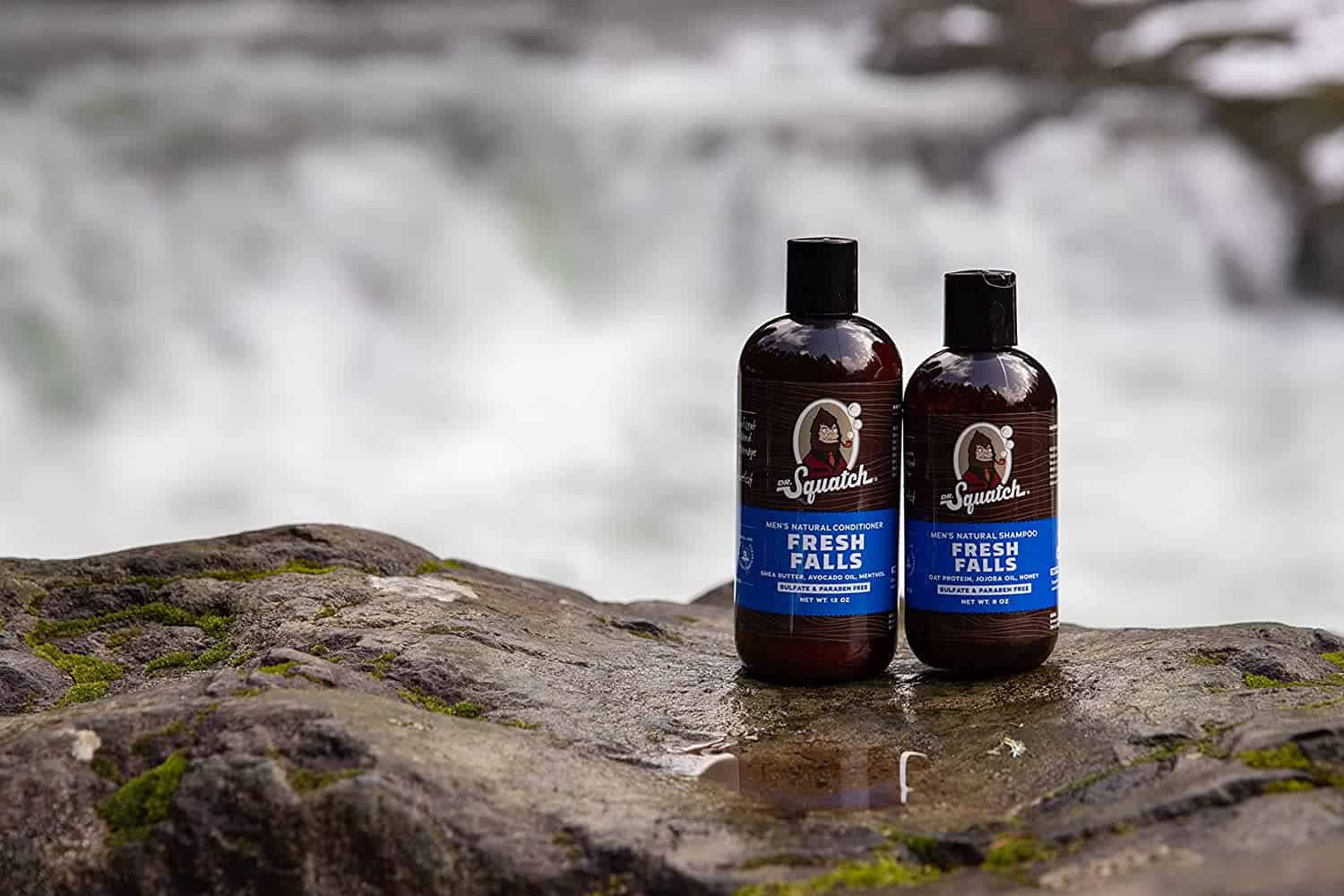 There are some things that never go out of style for men. Things like a sporty car, an elegant watch, and a NICE smelling cologne will always be desirable.

Wanting the product is then the first step. And choosing the right one is the second, and most important, step.

As an up-to-date brand, Dr. Squatch offers organic and natural products for men who want to feel masculine and smell like champions.

You won’t get a car or watch here but you can get some high-quality fragrances for your next outdoor activity.

Dr. Squatch in the Cologne Business

The brand has been in the business for quite a while. With products ranging from deodorants, bar soaps, shampoos, and conditioners. Now their recent addition, colognes.

What exactly is Dr. Squatch?

Dr. Squatch is an American company that was created to offer natural products made specifically with the needs and preferences of men in mind.

They started in 2013 with soaps, but have since expanded to create a wide variety of products. Dr. Squatch was originally located in San Diego, but now the headquarters are in Los Angeles, California.

Even though there are several personal grooming brands that cater specially to men, Dr. Squatch is one of the very few brands that focus on staying away from harsh chemicals and using natural ingredients instead.

That has worked so well, which is why their cologne is gaining ground like the other products.

Dr. Squatch cologne is packaged in small bottles similar to those that essential oils come in. Do not let the size fool you though, each bottle of cologne packs in a lot of heavy scents.

For best results, press the bottle to pulse points such as the neck or wrist three to four times.

These scents will both change the way you view cologne. It doesn’t matter if your plans for the day include meditating in the mountains or fixing a car, these scents will keep you feeling and smelling fresh.

The crushed pine scent offers a manly woodsy smell that will remind you of a day spent in the woods.

This one costs 21 dollars, which is a similar price to its sibling.

According to Dr. Squatch, the cologne doesn’t have any harsh chemicals, only made with natural ingredients such as jojoba oil, almond oil, fir needle, and a lot more.

You can use it on your chest, neck, wrists, or anywhere you’re used to for great effect. You can order directly from the website or shop for it on sites like Amazon, Walmart, and the rest of the popular eCommerce storefronts.

What Are Others Saying?

Looking at reviews on this specific scent on Amazon, it seems most people don’t like it. Complaints range from an awkward scent, bad packaging, and generally low quality.

I wouldn’t be surprised, seeing that this is new territory for the brand. Compared to their other products, you’ll only find two cologne, which is unusual. I expected new scents to have followed.

Time will tell if the brand is going to release a better cologne or recall this one as complaints continue to rise. This is the first time I won’t recommend a Dr. Squatch product.

The sandalwood bourbon scent offers a unique smell reminiscent of leather-bound books in an old-fashioned study.

It also features jojoba oil and almond oil along with essential oils such as sandalwood, basil, frankincense, and myrrh.

This is also similar to the Crushed Pine one, with only a few differences. The Sandalwood Bourbon Cologne features sandalwood with a smooth bourbon scent to boot.

It is packed with natural and wildcrafted oils, which are the bases of the scent.

Aside from Sandalwood oil, jojoba oil, and almond oil, the rest of the ingredients are different from the ones in the Crushed Pine.

Although there are not many reviews on this one, I suspect it will go the way of the Crushed Pine Cologne.

Does it mean the cologne is anything but good?

There are probably a few people that’ll love it. Here are two reviews side by side for context:

Overall, I found Dr. Squatch’s colognes to be better smelling than the store bought colognes that I tried in the past. The scent lingers on skin for much longer than some other colognes, so you can get away with only putting this on once a day. I receive a lot of compliments about how good I smell when I am wearing this cologne. One thing that may take some getting used to about this cologne is that it comes in a bottle with a top for tapping directly on the skin instead of with a spray nozzle like many mass produced colognes. This top is actually less wasteful and helps get the cologne exactly where you want it. Besides putting it on your body, it can also be used to drop onto a letter or a business card to give either one of those things a little extra personal touch. Dr. Squatch cologne is versatile. It can be enjoyed by men of a wide variety of ages. It is strong enough for teenagers to enjoy, but also subtle enough for older men.

…smells just like patchouli. To me. I’m a smoker and a chef so my sense of smell my be wildly different than the average user of the stuff. It just smells exactly like it. Not to say don’t buy it. I’m just saying that if you don’t like that scent (patchouli) then you may want to try a different product.

I got the beach wood bourbon cologne and I’m not enjoying the smell at all. It’s not the worst thing I’ve ever smelled, but I was wondering why it smelled so awkward, because it smells just like soap mixed with feces in a hot shower (I’ve cleaned up a rather nasty tub before). I may have gotten a bad batch something, but I’m severely unimpressed by this.

Dr. Squatch is an excellent choice for men who want to skip the nasty chemicals and treat their skin with nurturing but manly care.

They have good products but their cologne doesn’t seem to cut it. The strength of the two offered cologne is that they are made out of all-natural ingredients, with supposedly refreshing manly fragrance options.

I am a huge fan of their other products but I won’t be recommending their cologne.

I found a thread on Reddit with basically the same conclusion as mine. So, it’s either you wait to see them release another set of cologne or go with another brand. Am sure there are other reviews in forums on the cologne that’ll have similar conclusion.