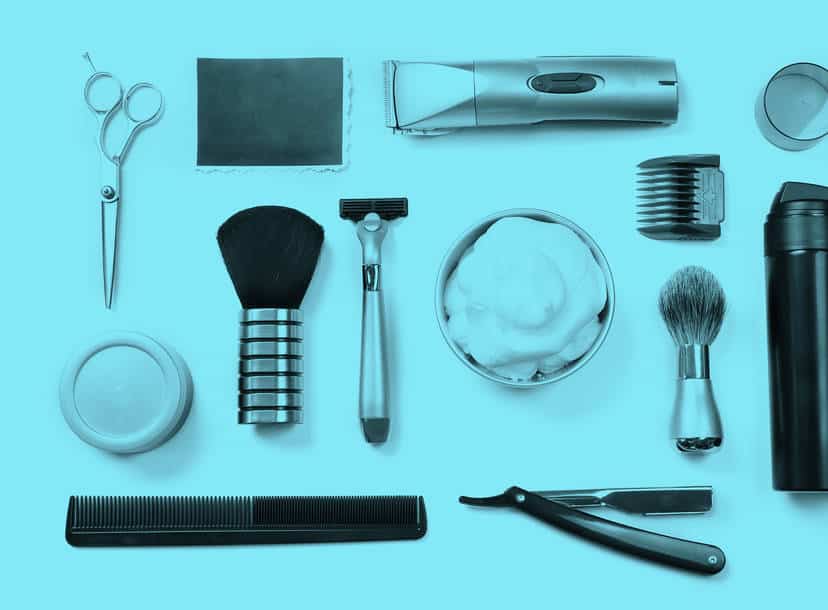 Should you manscape? Most men do. Here’s my opinion, as well as what women think about it.

Everyone has different grooming habits and standards, and at the end of the day, whatever decision you take is ultimately up to you.

However, if you are looking for a little guidance, you’ve come to the right place, because I’ve done quite a bit of reading on this subject, and I think these statistics mostly speak for themselves.

Should You Manscape? The Answer:

To answer the question as quickly as possible:

If you want don’t want to be left behind, you’ll need to do at least a little bit of manscaping, as well as overall body grooming, as the vast majority of young men now do this.

Moreover, an overwhelming majority of women prefer men who take good care of their bodies, and in particular, men who have good grooming habits.

If you are basing this decision at least partly on the fairer better things, suffice to say, you aren’t going to be hurting your chances by keeping your body groomed, trimmed (or shaved), and clean.

Personally, I think there are quite a few benefits to having good body grooming, including regular manscaping. Those being:

I’ll quickly dive into each of these and explain my reasoning.

Being in shape as well as on top of your game has a huge effect on your confidence level. This also applies to your physical appearance.

Dare I say, that for most guys, knowing that they are groomed, clean, and physically appealing certainly gives at least something of an ego boost. I’ll admit that it does for me.

Moreover, regularly manscaping your lower body region just makes everything down there bigger, cleaner and nicer to look at.

That, in turn, can increase your confidence level, which definitely has a positive effect on your overall attractiveness as well.

It Can Improve Your Hygiene

Ever notice how clean and fresh you feel after going to the barber? Or how great you feel after a fresh shave (if you haven’t nicked yourself to death).

Ditto for the dong.

A freshly trimmed and shaved (carefully) dong will not only make you look 1% more like Mandingo, but it will just feel cool as hell.

In addition to that, manscaping will also improve your hygiene. Remember that hair collects and traps all kinds of substances down there; dead skin cells, sweat, and urine just to name a few.

If not removed, these can start to fester and become the ideal breeding ground for bacteria and yeast, including STDs, especially on very hot days and for men who don’t shower regularly.

It doesn’t take a genius to know that bacteria mixed with sweat will cause a very unpleasant odor. But, with less hair down there due to proper manscaping, your whole area will be cleaner, smell better, and be much more inviting too, which leads me to my next point.

It Can Improve Your Relationship with Your Partner

I want to just go ahead and put a huge asterisk next to this one. And no, that isn’t a Barry Bonds asterisk, that is an asterisk that says *important*!

When you’re going down on a woman, would you prefer a thick jungle o’ bush or an area clean, prim, and proper?

Now, what do you think she is going to enjoy more? Getting hair in your own mouth or a slick, shaved pole?

But if you’re still not convinced, then you should know that according to studies, men who regularly groom down there report receiving more attention from their partners. Not only that, another study shows that a vast majority of women prefer their men to trim or shave their private areas.

Manscaping can mean that you are attentive to the needs of your partner, which will make her even more attracted to you and improve your overall partner relationship. You can thank me later.

If you are trying to stay safe (and you should be), keeping the down there trimmed will drastically reduce your chances of contracting crabs.

After all, if private area lice have nowhere to cling to, they will simply die out. Now that that is out of the way, we would also advise you to be careful with who you lay!

Since I’m on the topic of men and women, I think now would be a good time to share some statistics I have found on this topic.

How Women Feel About Manscaping

More people than ever are doing at least some sort of lower body hair management according to a recent Cosmopolitan survey, for instance:

Since majorities of you are engaged in better grooming, you would expect that both would have certain expectations and likes when it comes to what they want in their partner.

And that’s exactly what we find with women. For instance:

The survey also broke down exactly WHAT type of grooming men and women liked and looked for in their partners. Here were some of the results for the women (aged 18-35):

Other surveys echo similar results, such as this recent Fashion Beans survey, which found:

And yet another online survey, this time with female respondents aged between 18 and 34:

Interestingly, this same study found that chest hair was INCREDIBLY attractive to women, as:

Basically, anywhere you look a pattern seems to emerge:

In fact, manscaping is such a big deal that some married women even think this is an indication that their husbands might be cheating on them.

Thus, if you are asking yourself this question, and you are basing the decision at least partly on whether you believe it can influence the opposite person’s perception of you positively, you would be hard-pressed to claim that not doing at least some form of manscaping would not be beneficial for you.

Ready to get started? Make sure you’re using the right tools by reading our guide to the best groomers and trimmers for manscaping.